The Harsh Hands Of The System 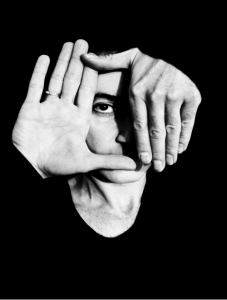 As a survivor of child abuse and long-term domestic violence I am no stranger to victim blaming. It has happened to me at every age and with every trauma. It has been from family, friends, strangers, attorneys, judges, and police. But for the sake of brevity I will focus on one particular occurrence.

When I was in college I had a highly abusive boyfriend. When things became violent, which was often, I didn’t always call the police. I wanted desperately to ignore what was happening and to believe that it wouldn’t happen again. I also didn’t want to hurt him by having him arrested.

I realize this sounds ludicrous but when you love someone, truly love someone, not hurting them is usually the goal. However, I’m now looking back at this from the perspective of many years later and absolutely regret the times I didn’t have him arrested.

The few times that he was arrested I went to court and agreed with whatever make-believe story he concocted about the violent events. I would tell the judge he didn’t mean it, it was an accident, and I was certain it would never happen again. The judge would shake his head and let him go with a slap on the wrist.

Inwardly, I was fuming. I was angry at myself for not being completely honest and letting him get away with it time and time again. I was ashamed. But most of all, I was afraid.

One incident in particular helped shape my viewpoint back then on not getting the police involved because it “would do no good”. This kept me from calling the police in the future when the violence continued to escalate.

This incident occurred after my boyfriend came stumbling home nearly blackout drunk in the middle of the night. We had been together for several years at this point and I was unfortunately accustomed to these weekly events. Only this time I decided to protect myself.

When he tried to climb in bed with me I told him to sleep on the couch or floor. He had a habit of urinating on himself while he was passed out from binge drinking. Or he would wake up and stumble around the bedroom in a blacked out state and urinate on furniture. Needless to say, this was unpleasant for me and I had had enough.

After asking him to please sleep somewhere else he continued to climb in the bed beside me. This led to me continuing to beg him to leave and his eventual anger. The anger resulted in him punching me repeatedly in the side of the face and head. I curled up in the fetal position and tried to cover my head with my arms.

When he was done he immediately passed out without an apology or any concern for my condition. I was sobbing, hysterical, and in pain. My left ear was red, swollen, and completely numb. Bruises began to form from broken capillaries.

I left the house and called a friend from a payphone. She met me and together we went to the police. I thought going to the station would be less dramatic and without him present I would have the courage to press charges.

We entered the station and walked up to a desk officer who was eating breakfast from a fast food place nearby. He immediately rolled his eyes and let out a loud sigh before begrudgingly moving his breakfast to the side. I explained to him, my anxiety rising, what had happened. My friend pointed to my ear and the side of my face and explained that this was not the first time he had hit me.

The officer took a slow sip of his coffee and looked me up and down with disgust. “So you want to press charges?” he asked with dripping sarcasm. I said yes of course and my friend echoed my sentiment. She could see his annoyance and was getting upset on my behalf. “And if I fill out this paperwork and have him arrested are you actually going to follow through with this?” he retorted.

I stood there, blinking back tears, wondering if I should leave. Wondering why everywhere I went it seemed I was met with contempt and anger. My courage was melting and being replaced with the desire to climb under a rock somewhere.

After my friend nearly yelled at him the officer finally filled out the paperwork. I apologized for interrupting his breakfast. He apologized for none of his temper or rudeness. We took the paper and left to bring it to the local magistrate.

The magistrate was equally as rude. He said it was a lot of paperwork and since my boyfriend had been arrested before to no avail it was “just a lot of work for nothing”. I crumbled and was ready to leave when again my friend stood strong and demanded he do his job.

My boyfriend was arrested and walked away from the ordeal with an order to attend anger management classes.

This experience made me wonder how many women like me turn to the police for help and are met with contempt and annoyance. How many are treated like their safety isn’t worth the paperwork? How many let this convince them they can’t get help anywhere? How many leave and go back to their abuser only to suffer in silence?

How many end up dead because their pleas for help were scoffed at?

I realize it’s a lot of paperwork. I realize that prison overcrowding in America is a huge problem. I also realize that many victims of abuse later refuse to testify in court against their abuser out of fear. “The combination of failing to report and refusing to cooperate with prosecutors makes domestic violence one of the hardest crimes to successfully prosecute,” according to Nolo.com.

But these are not valid reasons to shun someone that has been traumatized and make them feel like they are a burden when they’re simply asking someone to do their job.

Victims of violence need to be met with empathy and kindness by all professionals that they encounter. They need to be encouraged and supported in the process so that they are able to see it through. Treating them with anything less is a continuation of abuse and disrespect at the very hands of the system meant to save them.

Stephanie is a writer, survivor, and advocate. You can find her on Twitter or read more at her blog.