Man Kills Wife but it’s not his fault

John Knott killed his wife Ann and then committed suicide. According to the Daily Mail, Knott is not responsible for killing his wife due to 'gipsies'. Apparently, the mere presence of travellers near their expensive house forced a "loving husband" to kill his wife.

The Daily Mail outdid itself with misogyny and racism in this particular article writing all about poor John Knott and completely erasing Ann Knott from her own murder.

This is the other side of victim blaming: the complete erasure of personal responsibility for violence. John Knott made a decision to commit murder. It was his choice. The fact that Knott's racism made him consider a travellers camp nearby intolerable is neither the fault of the travellers or an excuse to commit murder.  Excusing male violence is what allows it to continue. 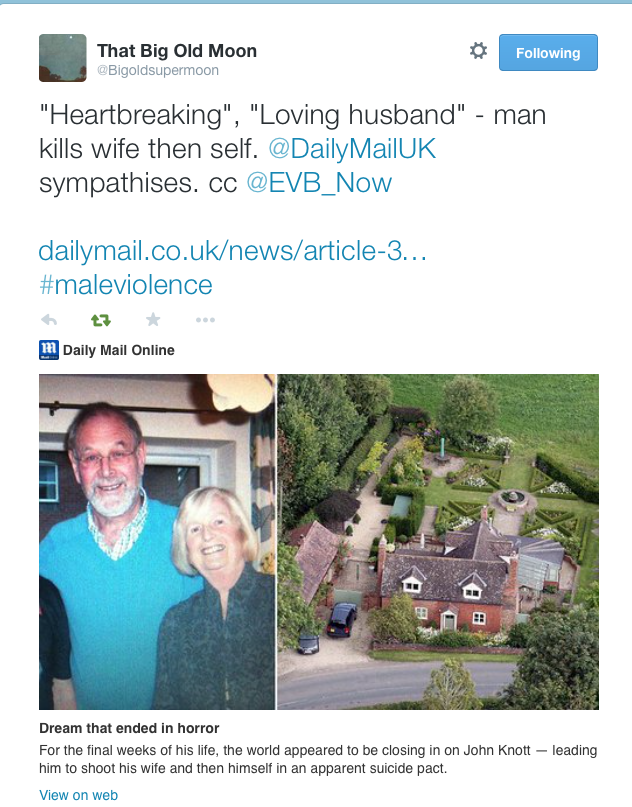 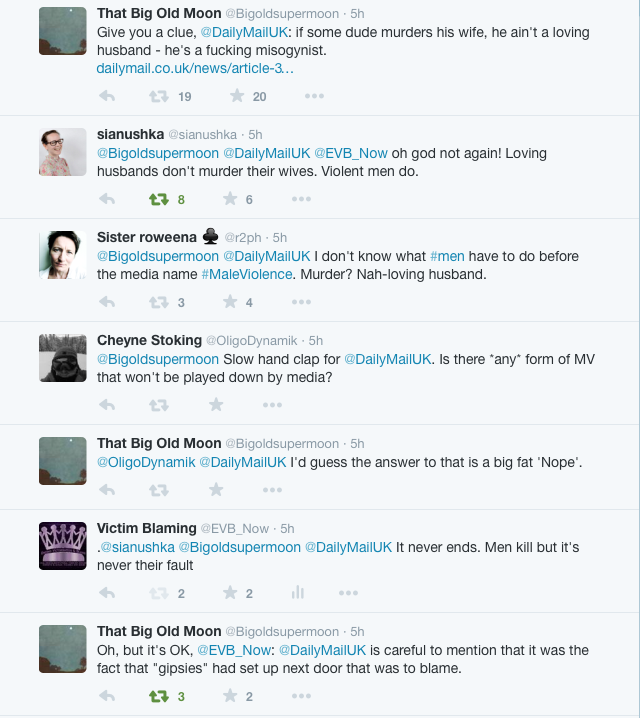 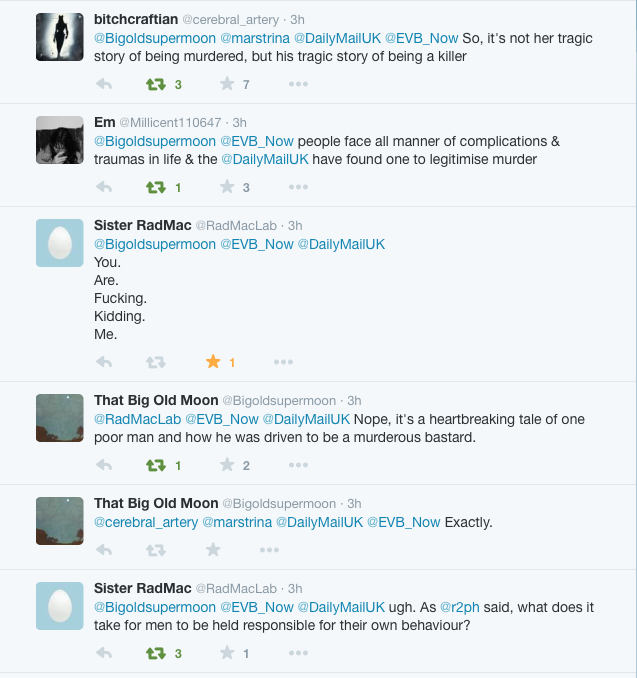 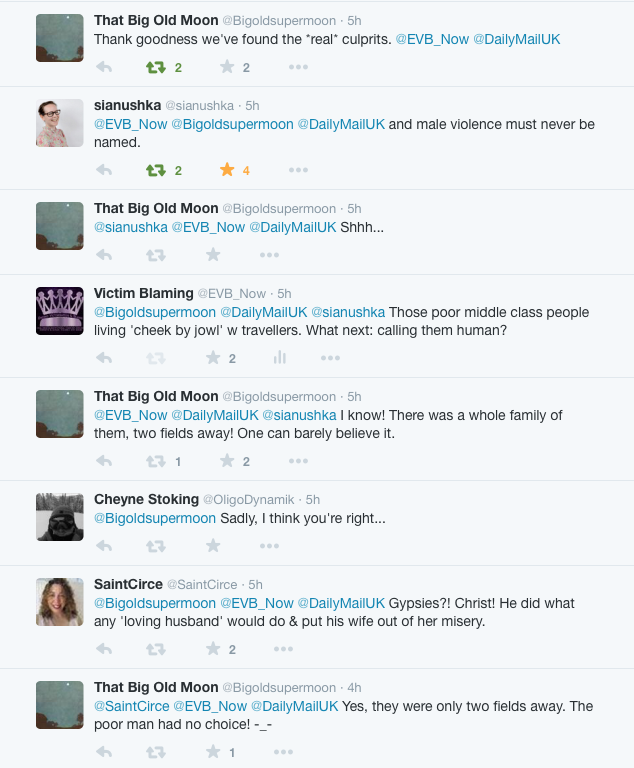