Drugs: A Licence To Rape

The recent verdict of 'not proven' reached by a jury in the case of Sean Devenney, who committed a string of sexual attacks on young women at a T in the Park event this year used the fact that he was 'on Planet Pluto' as mitigation for his crimes. Note that Devenney nor his defence deny his crimes:

Solicitor Philip Lafferty, defending, admitted: “The facts of this case are essentially proved. I accept the correct person is sitting in the dock because he is the person ­responsible for carrying out these awful things."

The same old double standards, which are so deeply ingrained throughout all aspects of our culture, still dominate and define ways in which these crimes are defended, despite four decades of feminist activism and challenging rape myths, one being that men are never responsible for actions or acts of violence towards women and girls.
Women continue to be held responsible for the actions of men as can be evidenced with the numerous ill thought out and victim blaming so called anti-rape campaigns that we have been subjected to this season. Women, don't drink, women ensure your sobriety at all times as after all, the onus is on us not to put ourselves in 'vulnerable situations' lest some predatory male, who simply cannot help himself, takes advantage of our inebriated states.
Women continue to be considered guilty of contributory negligence if we experience sexual violence, whether that be that we are drunk, have taken drugs, were out alone at night, had the audacity to leave the house and venture into a public space, wore anything short of a wimple and nun's habit and so on. Yet a man, well he was 'out of his face' so can't be held accountable. Not so 'out of face' though that he was still able to commit various sexual attacks.
I would strongly urge members of that jury as well as everyone on the Planet Earth, not Pluto, to read, digest and absorb the details on the image below, one the best anti-rape campaigns there has ever been, in my view:

Perhaps the festive anti-rape campaigns should be targeting men and telling them not to drink nor take drugs. Just a thought.
My thoughts are with the young women and their families. 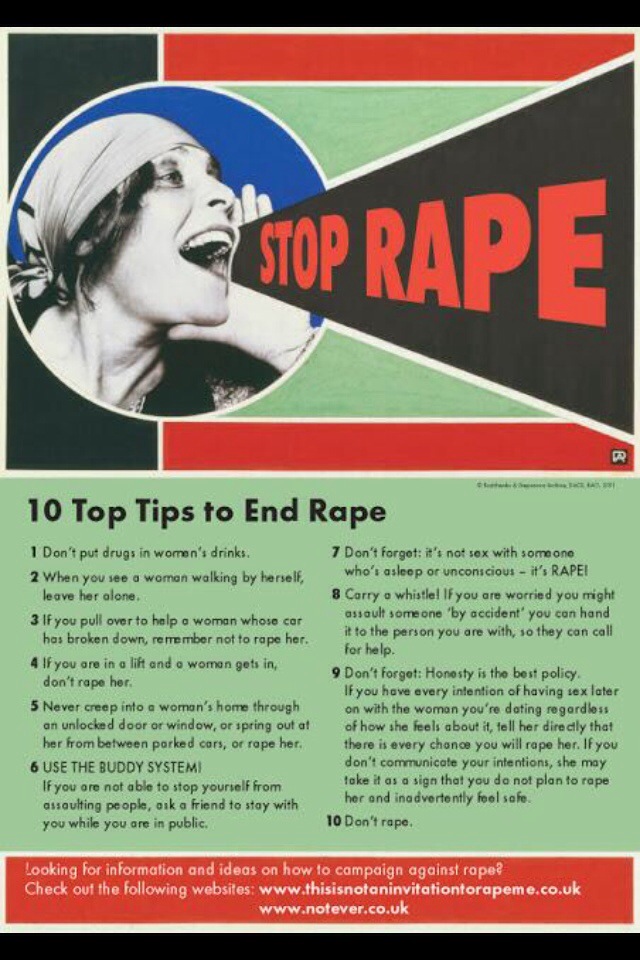 ‹ A Rapist Walks Free: Because he was Stoned My complaint to the Metropolitan Police ›

One thought on “Drugs: A Licence To Rape”