Ariel Castro is not misunderstood

WE DO UNDERSTAND ARIEL CASTRO, HE IS A MISOGYNITSIC MISCREANT

I have avoided the Ariel Castro coverage as much as possible as frankly, I find it too distressing.  What is utterly mind- boggling is how anyone can possibly defend this man, who is a self-proclaimed ‘normal guy’.

This blogger has clearly used Castro’s rhetoric and narrative to suit and further his own misogynistic agenda.  Misogyny and victim blaming are inextricably linked. 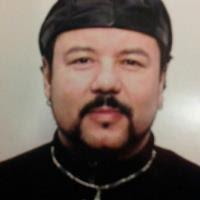 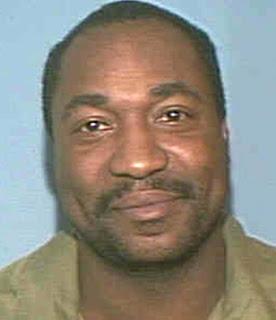 Everyone is so quick to paint Ariel Castro as the bad guy just because he let 3 women stay with him thus offering them his protection. Ariel Castro gave these women a purpose. The only purpose they are on this earth for and a white knight who is a felon himself put these women back on the street where they can face real danger. When you get right down to it Ariel Castro is not really a bad guy just as Charles Ramsey is no saint. Charles Ramsey has been in and out of prison a lot and he even tried to kill his wife. No one takes into consideration that Castro himself is victim of child abuse and they don't care that some felon has added to that abuse. They don't care that a matriarchial society has victimized Castro because all they want is the blood of a man,any man. When Charles Ramsey goes on to victimize one of your brothers,uncles,fathers,nephews or male cousins then we'll see if you still regard him as a hero.

You've got to be kidding. You left out one little detail, THEY DIDN'T WANT TO BE THERE. Holding someone against their will is called kidnapping and in case you didn't know, that is illegal.

I'm making light of what Castro did because society makes light what women do to men. When society takes men concerns seriously then I'll give a fuck about women.

It's not even worth deconstructing the nonsense sense of male entitlement pervading this piece, never mind the victim blaming, minimisation of male violence, power and control of women as all are writ large.

The comments are disturbing to say the least.  Although the first one does not agree with the blogger, s/he only refer to one of Castro's multiple crimes (kidnapping) as being illegal, ignoring the fact that he committed a variety of heinous crimes against the women he abducted.

I wrote in this piece  a week ago, about the latest excuse du jour -  ‘addiction’,  a card that Castro, has played and played spectacularly badly:

"I'm not a monster, I'm a normal person, I am just sick, I have an addiction" he implored.

This soi-disant 'normal' person’s sickness did not hinder him from being a seemingly functioning member of society, in gainful employment and regular church attender, that is when he wasn’t abducting, raping, torturing, terrorising and enslaving young girls and women.

He told the court that he had been "driven by sex", adding: "I'm not a violent predator… I'm not a monster, I'm a normal person".

His definition of normal is not one that any 'normal' person would recognise. Not a predator?  Did the women whose lives he stole from them just walk up to his front door, knock, invite themselves in and decide to move in?   Yet again, we see the 'male uncontrollable urges' argument used to exonerate men of violence, rape and sexual abuse.  Oh and imprisoning women in Castro's case.

"I'm just sick. I have an addiction, just like an alcoholic has an addiction" lamented Castro.

Good grief, I would dread to think what this miscreant’s idea of a 'violent monster' is.

"I know what I did is wrong but I'm not a violent person. I simply kept them there without them being able to leave" he continued.

Sorry, I am confused, he knew what he did was wrong but didn't realise it was wrong at the time?

His parting words were "thank you everyone. Thank you victims. Please find it in your hearts to forgive me."

Another contradiction, Castro does on the one hand refute the notion that he is a violent rapist and abductor whilst simultaneously acknowledging that the women he 'simply kept there without them being able to leave' are victims.

I fervently hope that they have already embarked upon their healing journey to becoming survivors.