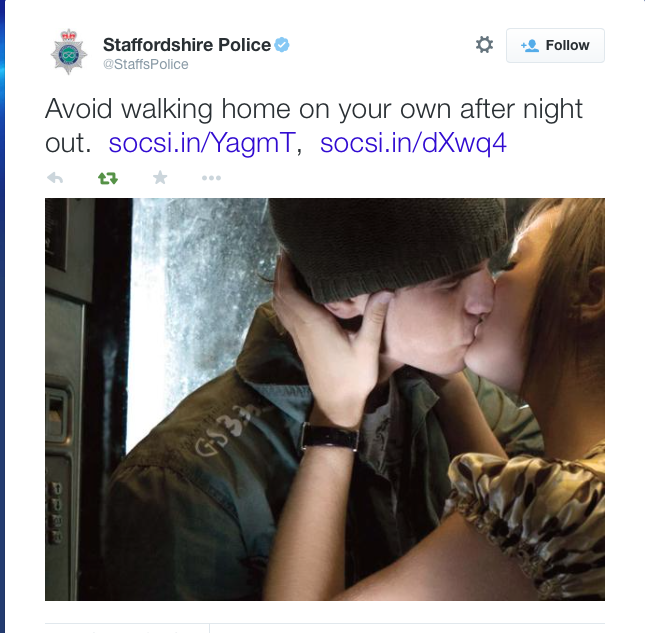 This is the reality of victim blaming in the UK: even the police focus on the victim's behaviour whilst erasing the perpetrator. Suggesting that women are 'safer' by being walked home by a man (and it's clear that they mean a man) demonstrates a complete failure to acknowledge that the vast majority of perpetrators are known to the victim. The man walking a woman home is far more likely to be a rapist than a stranger. They are more likely to be raped in their home by a relative, partner or acquaintance. Having a man "walk you home" doesn't protect women from rape.

Staffordshire Police need to make a public apology about the above tweet. They then need to guarantee that their social media team will undergo immediate, specialist training on rape and sexual violence and abuse to prevent this from happening again.

‹ Australian Judge rules that an act of rape of a 9 yr old did was not a violent act. (content note) In the Know Campaign: why clarity is essential in rape campaigns ›

One thought on “.@StaffsPolice undermine their rape campaign with 1 victim-blaming tweet”