We've written on numerous occasions about the victim blaming and rape myths peddled by police, particularly in the run up to the festive season.  As we've said many times, the only people who can stop rape are rapists and effective anti-rape campaigns MUST be targeted at perpetrators, not victims.

This poster is from Northern Ireland and dates back to 2011. Whilst it has since been removed, it exemplifies pretty much everything that is wrong with police "safety" campaigns. It holds women, and police "safety" campaigns are always directed at women, responsible for the behaviour of rapists. These campaigns are actually quite dangerous because they conflate misinformation with assumptions about what they want women to think will keep them safe. Unfortunately, we all know that taxi drivers commit rape and that male friends and acquaintances are far more likely to rape women than strangers.  The complete erasure of the perpetrator from these types of campaigns speaks to an unwillingness to limit men's space in which to exist. Preventing women from living their lives is classed as reasonable behaviour; telling men to stop raping mean. 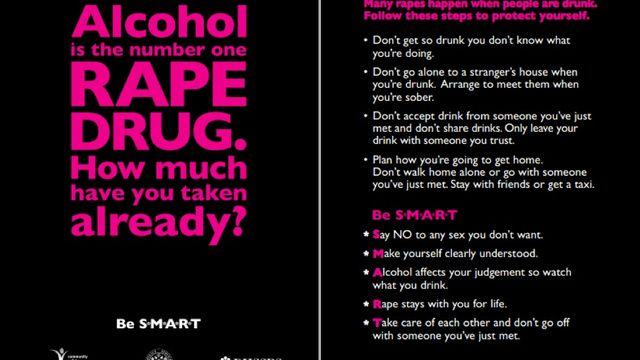 The new theme of "safety" campaigns is about regret: as though being raped was akin to choosing the wrong type of ice cream flavour. Regret is focused on a female victim because it is her fault that rape occurred. This West Mercia poster, pulled in 2012 following a huge backlash, sums up the regret theme: 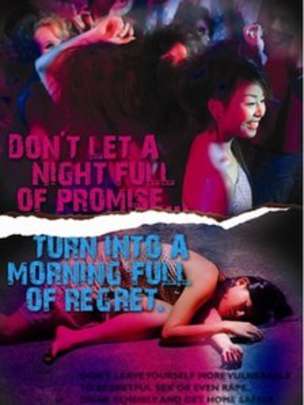 Even the recent In the know campaign, which targets perpetrators has fallen down the regret rabbit hole with this:

It’s not enough to say you weren’t thinking straight – don’t do something you could end up regretting. If you go ahead without checking, saying ‘I wasn’t thinking’ or ‘I forgot to ask’ won’t get you off the hook.

In this theory, rape is an accident that men might regret in the morning. We need to be really clear here: rape is not a 'regret'. It's a criminal act. Suggesting that its a 'regret' supports the common rape myth that women lie about rape because they regret drunken sex. It is also a clear minimising tactic.

Norfolk and Suffolk Constabulary's Time to Stop targets both victims and perpetrators. They get the section on perpetrators right:

Rape is sex without consent or where the victim was incapable of consenting through drink, drugs or other means. It is irrelevant, in the eyes of the law, if the two people are in or have previously been in a relationship.

But revert back to victim blaming language:

Look after yourself and stick with your friends when out and about, don’t let alcohol cloud your judgement and always arrange safe travel home. 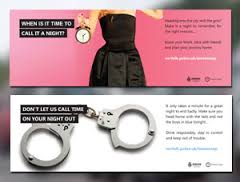 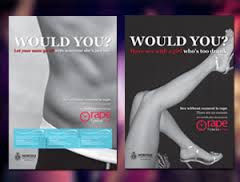 It's not all bad though. Devon and Cornwall Constabulary's #NoBlurredLines posters are brilliant: 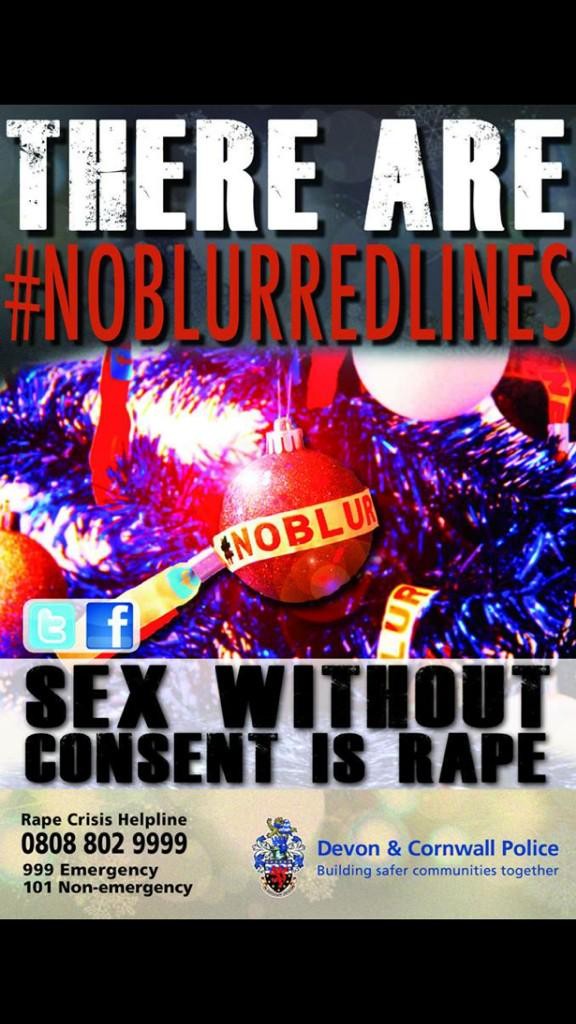 Scotland remains miles ahead of England and Wales in their anti-rape campaigns. The newest campaign "We can stop it" targets perpetrators. 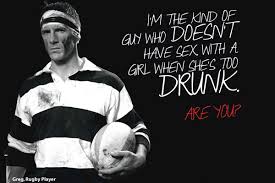 Our favourite remains this campaign from Rape Crisis Scotland: 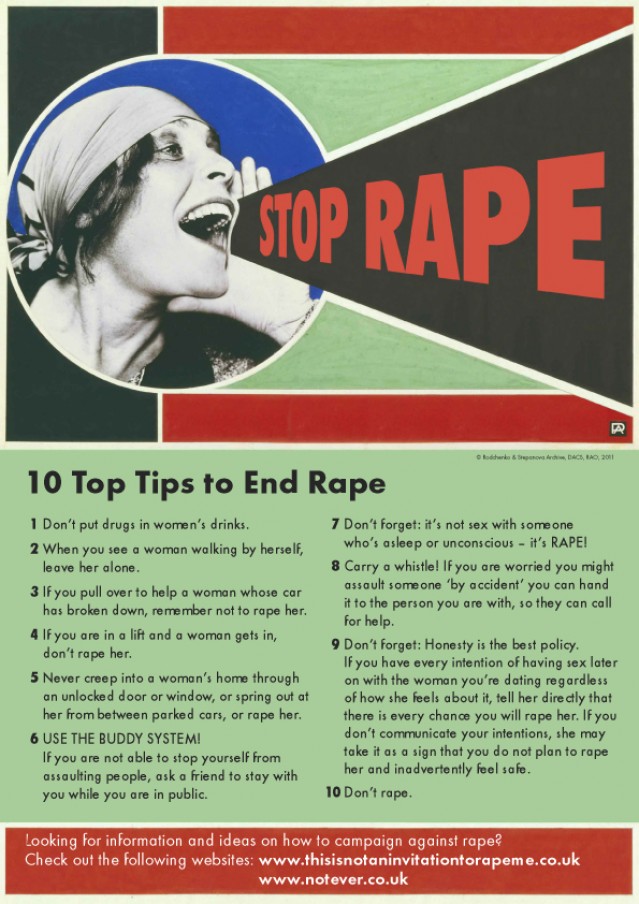 Police "safety" campaigns which focus on the victim institutionalise victim blaming culture. It tells women they are responsible for being raped and gives rapists a free pass to perpetrate rape knowing that even the police will hold the victim accountable.

#NoBlurredLines, 10 top tips to end rape, In the know, Rape, rape culture, safety campaigns, We can stop it

‹ 170 Bikers Charged in Melee With Roots in ’60s Her name was Marta Ligman. Not the “body in the suitcase” ›