A woman and 2 children are murdered. The media reports about John Lennon’s former flat. 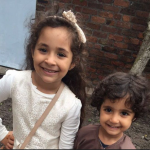 Update: The victims have since been identified as Arena Saeed and her children Shadia Salem (6) and Rami Saeed, (4).

A woman and 2 children have been murdered in what the police are once again calling "a domestic incident" - as though murder were nothing more than an argument about whose turn it was to wash the dishes. The continuing inability of the police to be clear about the reality of male violence against women and children is a failure of their duty of care as professionals. They should be talking about male entitlement and the continuum of violence against women and girls; not minimising murder as "domestics" and "isolated incidents".

In this case, the media has surpassed itself  with its erasure of male violence by reporting not on the woman and her children or the perpetrator but rather on the former occupant of the house: John Lennon

The Independent went with this headline:

In comparison with other media, the Independent was almost restrained. Not only did other media name John Lennon in the headline, as though the only reason a woman and two children is newsworthy because he used to live there, they even included images of Lennon.

The BBC used this image in their social media posts. 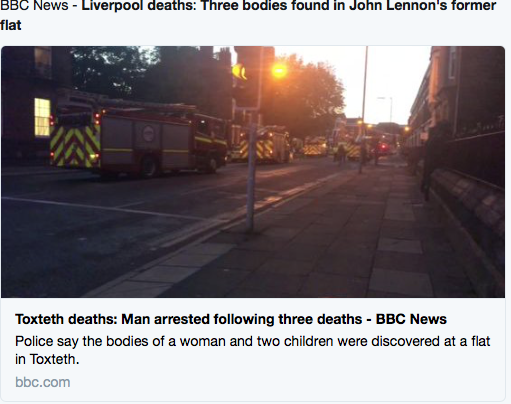 This is the image they included in their article: 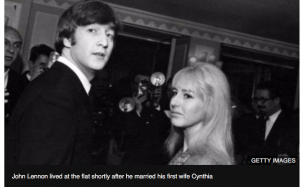 Thoughtfully, they also interviewed a local tour guide - because free advertising for local businesses is clearly more important than actually reporting accurately on something as blasé as the murder of a woman and her children. It's not like 2 women are killed every week in the UK by former or current partners.

The BBC weren't the only ones incapable of appropriate and sensitive reporting of the murder. This was the image used by the New York Post: 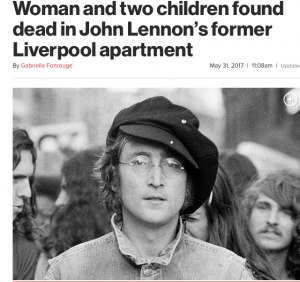 The Sun chose this headline: "Former home of John Lennon cordoned off as part of murder probe"  to compliment this photo: 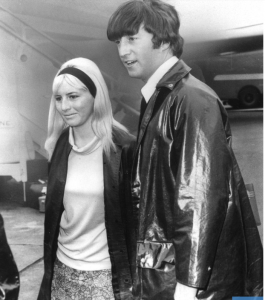 The Metro went with this: Mum and children found dead in John Lennon’s old flat 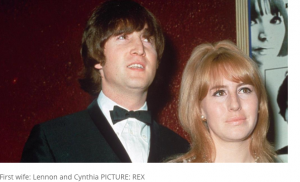 The Metro article also includes a video interview with a local tour operator.

Strangely, none of the media above (or any in our google search) included interviews with  local or national experts in domestic violence and abuse. They certainly didn't bother to include the phone number of the National Domestic Violence Helpline, run by Women's Aid and Refuge, despite the fact that even the guidelines written by the National Union of Journalists insist on its inclusion - as is the media standard when reporting on suicide.

All of the media articles we read neglected to mention Lennon's long and well documented personal history as a perpetrator of domestic violence and abuse or that he effectively abandoned his first son Julian. Instead, the BBC included this:

He said: "This is where John and Cynthia, his first wife, spent their honeymoon and where he wrote the song Do You Want to Know a Secret.

So, we all now know that Brian Epstein owned the flat when Lennon rented it and we know what songs Lennon wrote whilst living there. At the time of writing we don't know the names of the woman and her children. We do know the names of local tour operators. And, no media has made the link between the ubiquity of domestic violence and abuse and the likelihood that Lennon was also controlling and abusive towards his first wife Cynthia whilst living in this property.

A woman and two children have been murdered. And all the media wants to talk about is another perpetrator who was famous for writing songs, but not abusing his first wife or abandoning his son. This is the reality of male violence: there is always something more important for the media to report than actually reporting the news.