A Week of Victim Blaming in the Media

This is a round-up of some of the interesting media coverage of male violence against women and girls this week.

Here is The Metro once again demonstrating that they are incapable of differentiating consensual sexual relations between adults from child rape: 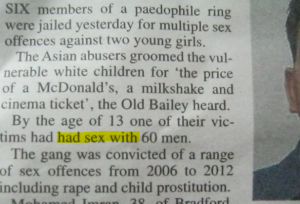 The BBC remain incapable of naming the victim and instead using grossly offensive headlines:

Her name was Ramute Butkiene. NOT the suitcase torso. Vytautas Jokubauskas pled guilty to manslaughter in Ramute's death. The BBC only casually mentions that Vytaustas and Ramute were in a relationships and failed to recognise that this was a domestic violence homicide.

The BBC, like The Metro, are a frequent mention in EVB's twitter mentions. This week they also published an article on the murder of Sarah Pollock supporting Colin Dymond's theory that he was entitled to kill Pollock because she had "affairs". Helpfully, they pointed out Dymond was the person to have the affair - and we note that Pollock chose not to kill Dymond suggesting that murder as revenge is about male entitlement, violence. jealously. and coercive control rather than being upset. The BBC did manage to mention that Dymond was abusive and engaged in the stalking and harassment of Pollock, but the rather confused coverage of Pollock's murder implies they think Pollock was responsible.

The Telegraph gave a platform to yet another rape apologist. Julia Hartley-Brewer thought it helpful to state that Chrissie Hynde was right when Hynde said she took "full responsibility" for her sexual assault. Hartley-Brewer never bothered to examine why Hynde made these statements. Instead, Hartley-Brewer used the opportunity to attack campaigners against rape culture by comparing rape to burglary. Women are not possessions. Comparing a woman being in public in possession of a vagina to the stealing of an object implies that women are objects. Women are not possessions or objects. We have every right to go through life without being raped. The problem here is rapists - not Chrissie Hynde. We don't agree with Hynde's statements but this is what victim blaming rape culture does: it tells survivors of multiple-perpetrator sexual assaults that they are responsible.

Loose Women responded to Hynde's statements by running a poll on whether or not women were responsible for rape. We were heartened by the results:

However, the apology was utterly pathetic:

‘Loose Women’ is a daily talk show centred around topical debate and this discussion, linked to a recent news story, involved a full and frank range of views from the panellists.

“We always want to know what our viewers think about topical issues, however, we accept that the wording of the online poll was misjudged and we apologise for any offence caused.”

In missing the point completely, Loose Women apologised for the wording of the poll rather than the poll itself. We did have a snurk at the thought of Loose Women attempting to place themselves as a 'debate program" though.

We were also sent this charming Facebook post which sums up male entitlement and rape culture in a few brief sentences: 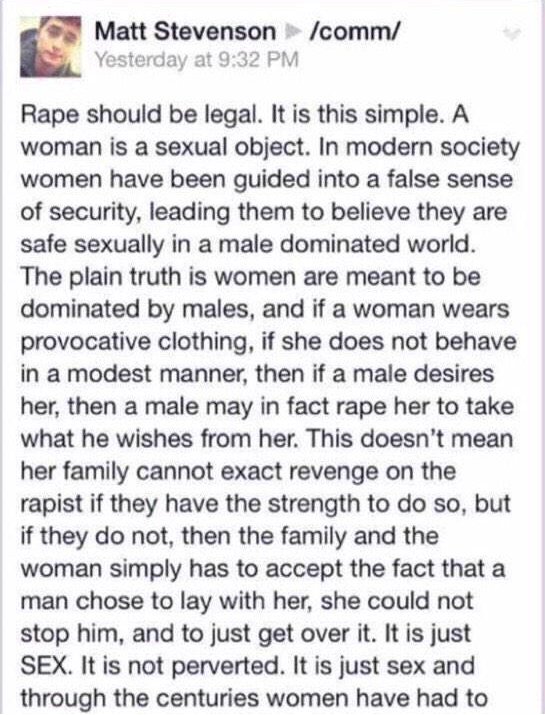 One thought on “A Week of Victim Blaming in the Media”